finalfinal02.jpg was a perfomance project we were doing in 2021 playing with perspective, hierachies, giving instructions and group activities. The game started between lena and me, when we decided what kind of pictures we want to create with our objects in the backyard of the artists unlimted building. We built small models of our obejcts and drew the raster that we already painted on the floor in the backyard before on a piece of paper. The game was to have a silent conversation with reacting with the objects on each other and so create four combinations.

When the actual perfomance took place, we had four different time slots, when the objects should be moved by the audience to they planned position to create the combination we made before. As the poeple downstairs had a very different perpective than us, who were standing on top of the tower, they did not see the picture they were creating. It was interesting to see, who would react on our instructions and if people were intrested, what our reason for the reconstruction was. Also we installed a live camera inside the building from where other visitors could see what we were seeing from the top of the building. 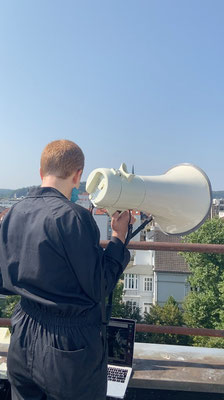 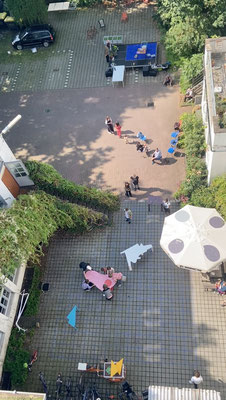 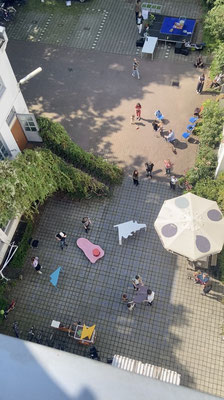 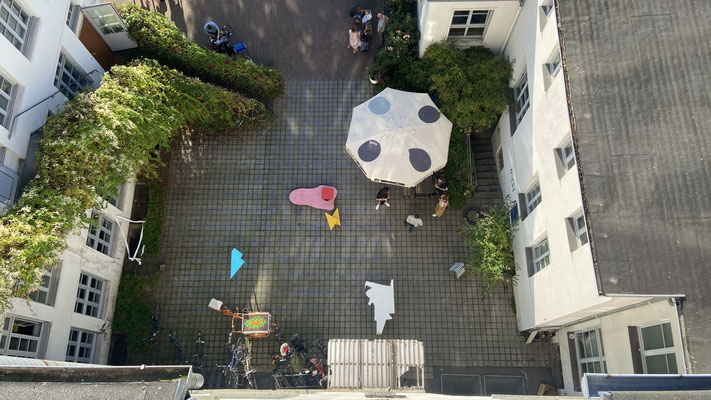 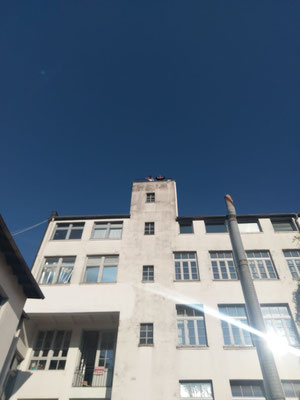 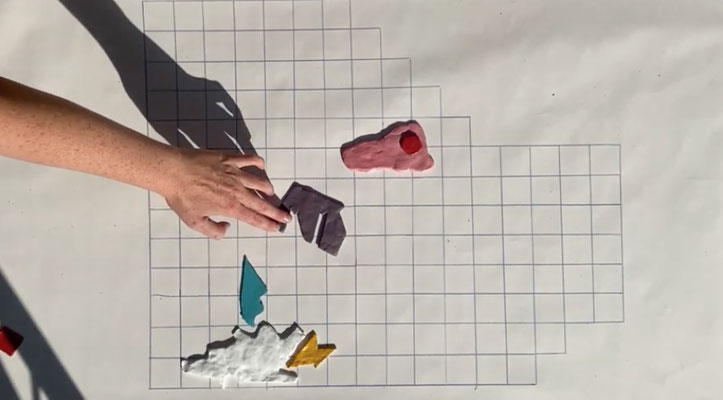